The Raiders Of The Lost Sound

Keep your eyes open for a little effect unit called Schaffer-Replica that could make a big impact on the guitar market in the upcoming months. Based on the legendary Schaffer-Vega Diversity System (SVDS) – a wireless transmitter used by almost any famous rock guitarist during the 70’s and 80’s – a group of AC/DC fans and sound nerds has build a effect unit that was an integral part of Angus Youngs sound during the late 70’s and early 80’s. The device will be build in Austria. Backbeat has talked to The Raiders Of The Lost Sound, as they call themselves. By Alexander Schöpf

Filippo „Fil“ Oliveri is what you could call the Joe Cocker of the guitar players: With a rather strained face he is standing in front of a wall of Marshall and Wizard amps – trapped in between countless guitars, in a tiny room – and with spastic looking movements he treats one of his umpteen Gibson SG’s as if he was Angus Young himself. Many guitarists and AC/DC-aficionados know Fil under is alias Solo Dallas. Born in Dallas (USA) and now living in Rome (Italy) Fil has build up a strong following by releasing online videos where he covers AC/DC songs, explains Angus Youngs guitar playing and reproduces the sound of the Australian guitar god almost identically. Over 10.000 people around the globe have registered themselves on his website solodallas.com to watch the guitar guru – which he doesn’t want to be – share his secrets of playing.

And while his fans where still asking themselves how Fil was able to copy Angus Youngs sound and playing so closely, Fil himself was already a step ahead. Even if he almost sounded like the AC/DC guitarist did in the late 70’s and early 80’s, he wasn’t able to unveil the last secret to what made his sound so special. Fil had bought the same Marshall amps from the 70’s that Angus used and he has acquired an armada of Gibson SG’s from the late 60’s and 70’is and yet he wasn’t fully capable to reproduce that special sound. And so he brought the project The Raiders Of The Lost Sound to life to unveil that last secret.

The Holy Grail
According to himself the diminutive AC/DC guitarist doesn’t use any effects or stompboxes. But Fil read any interview with Angus he could get his eyes on and watched every AC/DC video available to see if there was any equipment involved to create that signature tone. And he found the answer in an old interview from the early 80’s. Asked if he used any effects, Angus replied, that the only thing between his guitar and his amp is a Schaffer-Vega Diversity System (SVDS). And with the front output of that piece of equipment “You can give a guitar hell with it”.

The SVDS was the first cordless guitar and microphone system to be adopted by major rock acts like AC/DC, The Rolling Stones, The Eagles, Kiss or Aerosmith. Developed by Kenny Schaffer in 1976 it was produced until 1981. What made the Schaffer-Vega system unique was its approach to solving each of the problems common to previous wireless systems and which limited their use in professional staging and production (For further info look here). Plus it did have another unique quality: The SVDS altered the sound slightly, giving it some compression and a slight boost. Angus Young discovered the SVDS on AC/DC’s first US-tour in 1977. Between two gigs on the same day in New York City he got hold of the device and had it already in use for the second show on that day. And since he liked the SVDS so much he even used it on future studio recordings. First only to add colour to his solos but in the end he recorded entire albums with it.

Fil had found the Holy Grail of the AC/DC sound. But purchasing a SVDS in 2010 seemed to be a mission impossible. Somehow Fil tracked down Kenny Schaffer, who invented the SVDS in the first place. And Schaffer, who had long abandoned the music business, luckily had a few SVDS stored away somewhere in his house. He sold them to Fil and after pluging his guitar one of the devices Fil knew he had found what he was looking for. And in the same moment he knew that this piece of gear had to be produced again and made available to the public.

Made In Austria
This was a project he couldn’t handle alone. And help came from Vienna (Austria). Franz “Banane” Farklas was an avid follower of Fil and solodallas.com. Inspired by Fils videos he started playing guitar himself. Backbeat met Franz in his apartment in the 21st district of Vienna. He recalls how he helped out Fil when the project to build the replica of the SVDS almost came to a halt: “First I helped out as a site admin for solodallas.com. It was just a way to give something back to Fil who shared is incredible knowledge and offered people a platform. And when the production of the Replica prototypes in Rome came to falter I looked around for people here in Austria who could possibly help.”

In the meantime Franz found Markus – a lelctrical engineer from Vienna, who was building tube amps himself – and got him on board: “He took the things Guido Borghesani, who had developed the prototypes in Rome, and worked on them.” Thanks to Markus’ know how and Franz’ enthusiasm the SVDS Replica project took giant leaps forward. The first prototypes where produced last year and have already been used in some of Fils videos. Since those prototypes excelled all expectations, they immediately started working on the units for the retail.

There will be two versions of it: one is a stompbox and the other one is the so called Goldtag-version. The latter one will not only sound like the original SVDS, but it will also look like it. The only difference will be that it won’t work as a wireless transmitter since the technology has changed since the 70’ies. The Goldtag Replica will be limited to just 100 pieces will be produced in Austria: “We found a company here in Austria, that will build them. Only the knobs come from the US.” To find those knobs was an almost impossible task. “For a week the only thing I did, was reading knob catalogs until I found the right ones”, laughs Franz.

The Replica stompboxes will be produced in Germany. Their look shall remind the original SVDS. Franz: “It will definitely be black and will try to make it look as close to the SVDS as possible. It will have the same font and the logo will be the same as well. But it won’t have the VU meter, even though that would look pretty cool.” The pre-production units of the both units should be ready by the end of February. And by May or June they both should be ready for purchase. The Goldtag Replica can already be ordered at: http://www.solodallas.com/the-svds-replica-preordering-opened/.

Certainly Fil, Franz and the solodallas.com-community hope that even Angus himself will try the Replica out. “We won’t pester him”, tells Franz. “But we hope and reckon that somebody will draw his attention to it.”

And that’s how it sounds wenn Fil aka Solo Dallas plays the Schaffer-Replica: 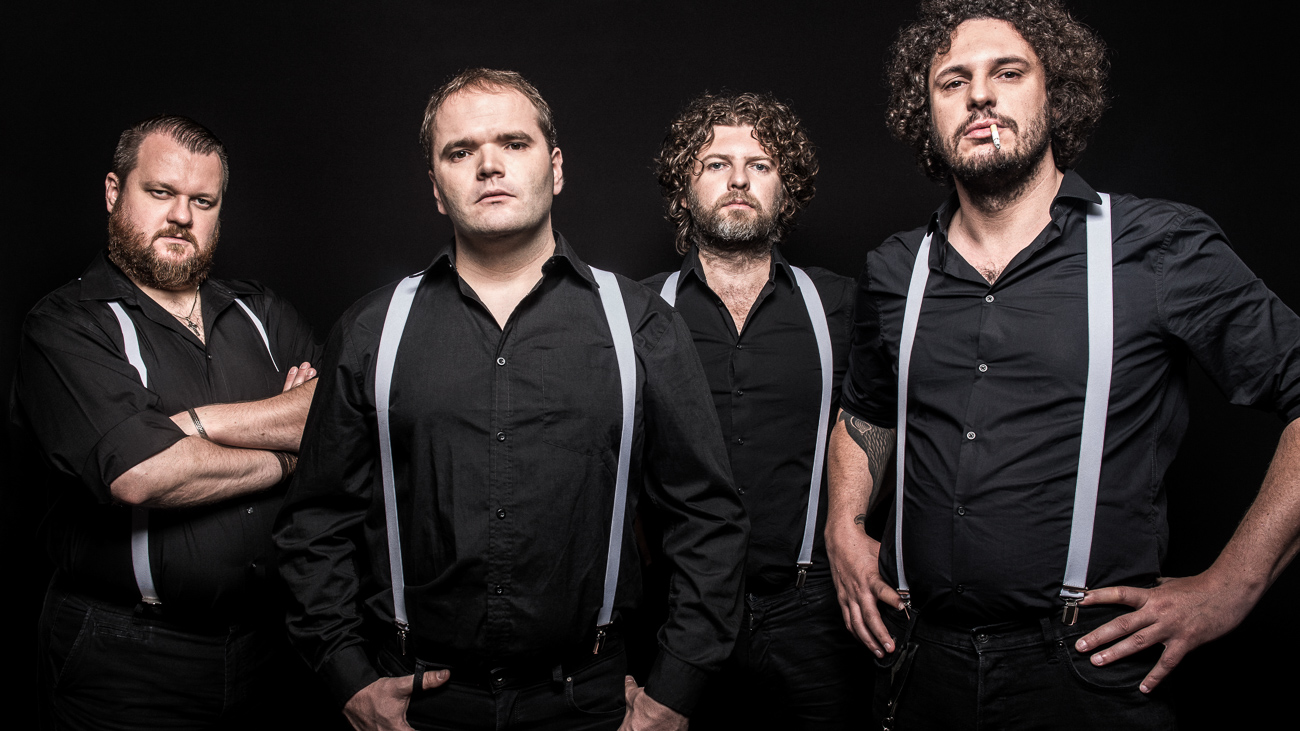 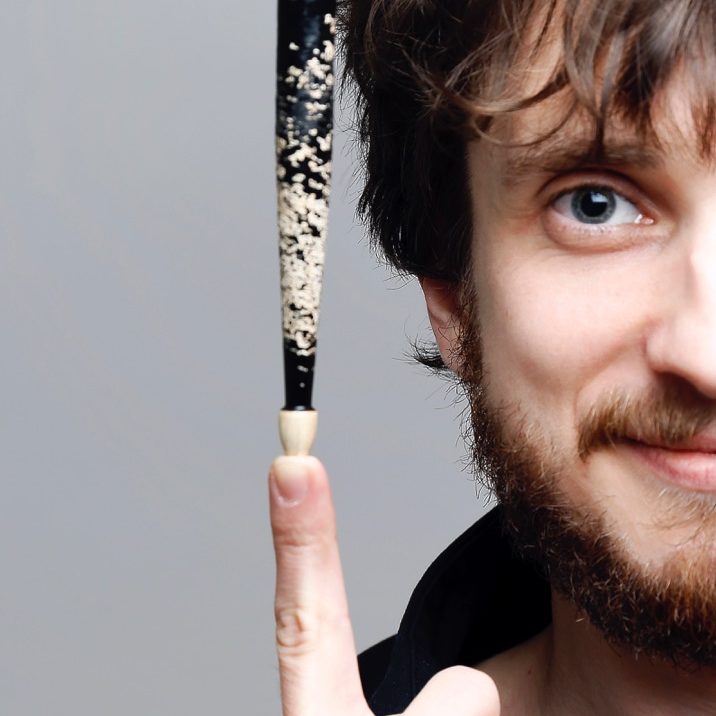 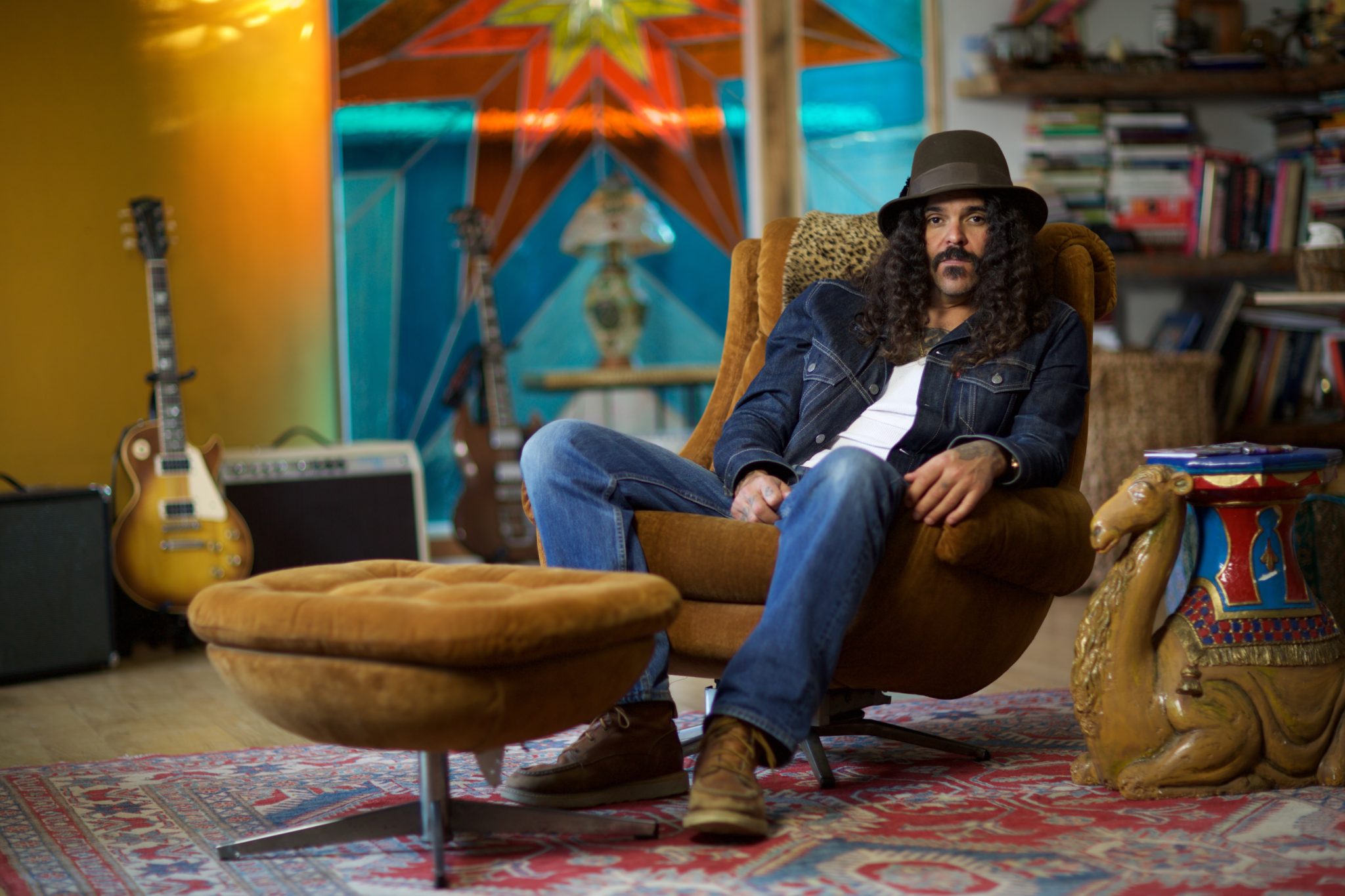